The Copper Road Project and the adjoining Glenrock Project are located within Stone Gold’s 21,000-hectare Batchewana Bay District Package, approximately 85km north of Sault St. Marie, Northwestern Ontario. These projects sit on the northeastern flank of the Mid-Continental Rift within the Proterozoic Keweenawan Group. The Copper Road Project encompasses Proterozoic volcanic-sedimentary rocks intruded by breccia-porphyry bodies. The Glenrock Project covers an adjacent window of classic Archean greenstone rocks. The Mid-Continental Rift is the same structure that formed Lake Superior and the world class Keweenawan peninsula copper-mining region in the U.S, which housed the initial copper rush in the mid-1800s and was mined for more than 150 years.

The former Tribag Mine was described as a porphyry style copper deposit, consisting of four breccia zones: Breton, West, East and South.  Reported production of 1.2 million tons at 1.5% Cu from 1967-1974 was predominantly from the Breton Breccia.

Mineralized bodies are open for expansion both laterally and at depth. Additional Cu-Ag-Au breccias such as the Mountain and Palmer to the south and Richards Breccia to the southwest require exploration.

The Tribag Mine acquisition was accompanied with a substantial database of historical drilling which has been inputted and modelled by Ronacher MacKenzie Geoscience Ltd. Of Sudbury Ontario. 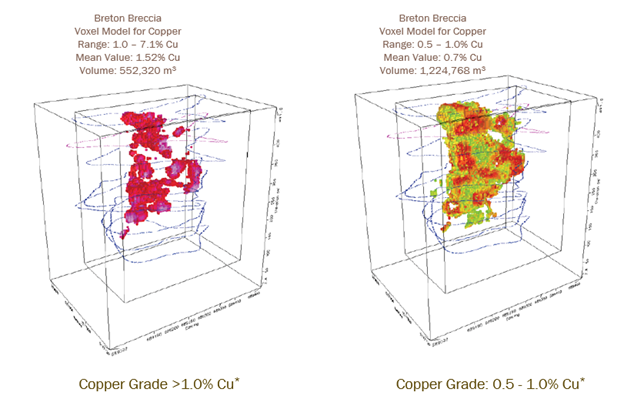 Vein and shear hosted Archean lode gold showings and occurrences as exemplified by the Glenrock Au-Ag-Co prospects are found in the southeast part of the property. The Glenrock Prospect area is broken down into the Glenrock Main, Glenrock North, and Bjornaa Vein Au-Ag (+-Co-Cu) showings. The showings are hosted in sheared, east-west striking, mafic metavolcanic carbonated rocks interspersed with series of ribbon-like cherty seams plus thin quartz veins and patchy pyritization. The dimensions and continuity of these showings remain undetermined.

After acquiring the claims covering the Glenrock area in 2012, the historic work that has been conducted on the multiple mostly gold showings of the prospects was reviewed by Superior Copper with a focus on the Aurogin 1997-1998 exploration program which consisted of surface stripping and sampling followed by IP surveying and diamond drilling (Table 6-1). The IP surveys were re-interpreted to determine the correlation among chargeability, sulphide and gold content, finding that most significant Au values in drill core are associated with pyrite and chalcopyrite mineralization in areas of moderate-strong IP chargeability anomalies. Drill core from three Aurogin holes were quartered, re-sampled and re-analyzed by Superior Copper with results shown in Table 6-8. 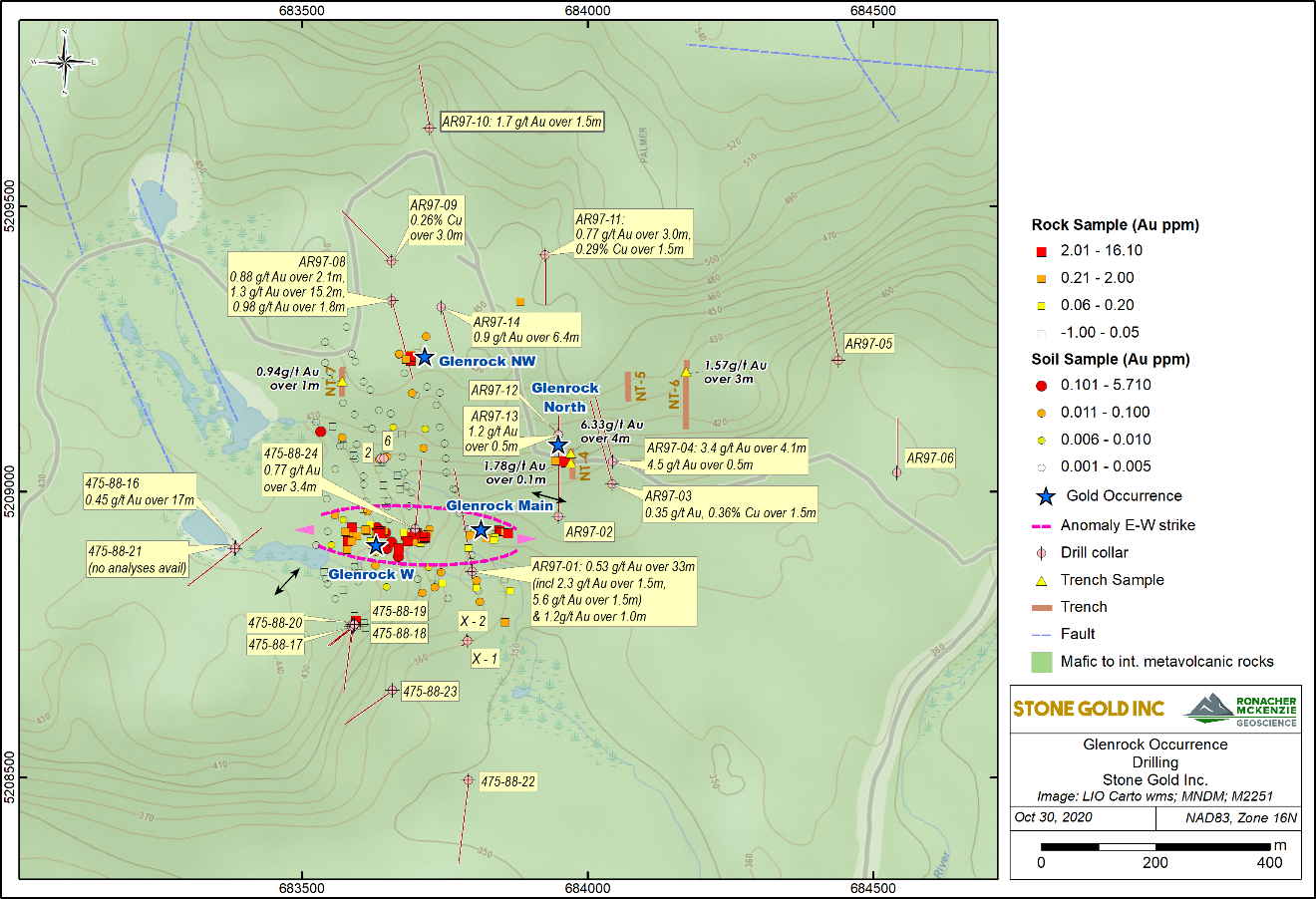